we would kindly ask you to participate in a survey that will help us improve this website in order to create more value for customers like you. We’re interested in your personal opinion. It should take no more than 7 minutes. You will remain completely anonymous and the data will be used only for this research.

If you have any questions about this survey please contact info.web@khm.at.

We value your time your feedback! The Team of the Kunsthistorisches Museum Vienna

Experience the two worlds of Empress Elisabeth with the new Combined Ticket!

The myth of Empress Elisabeth continues unabated to this day. Her beauty, and especially her character and ambitions continue to fascinate us. With this new combined ticket, you can discover the empress in her private world and experience the court of the Habsburgs, the imperial family Sisi joined when she married Emperor Franz Joseph. 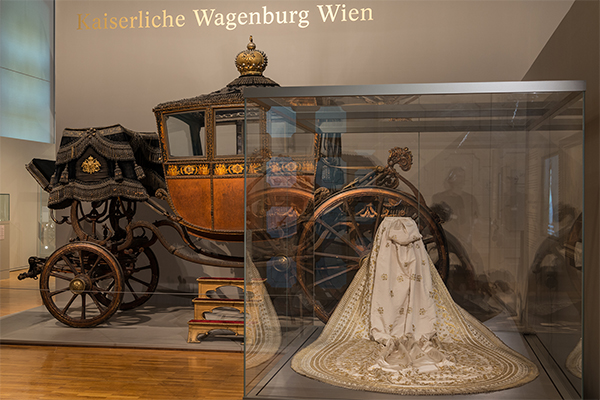 The collections of the Kunsthistorisches Museum Vienna house a number of souvenirs and mementos of Empress Elisabeth.

The Imperial Treasury (in Hofburg Palace) presents sumptuous artefacts that reflect a thousand years of European history in which members of the House of Habsburg played a prominent role. One of them was Elisabeth, the wife of the Emperor of Austria and the King of Lombardy-Venetia, the Queen of Hungary, and the mother of a crown-prince. Following her assassination in Geneva in 1898, she, too, symbolically joined this historical procession when the key to her sarcophagus was deposited in the Imperial Treasury and became an integral part of it.

Elisabeth was also High Protectress of the Order of the Starry Cross, a Catholic order for noble ladies, following in the footsteps of earlier pious empresses. Four precious pieces of jewellery that once belonged to her bear witness to imperial pomp and circumstance.

In the Imperial Treasury we encounter the Empress in her political-official role and initially this is also the case in the Imperial Carriage Museum, which houses the elegant carriages she rode in on the way to her wedding in Vienna and her coronation in Budapest.

But here we also encounter the private Sisi. Imperial weddings, births and deaths were always public spectacles but we can still guess at the happiness and the sadness experienced by the human being behind the official veil. 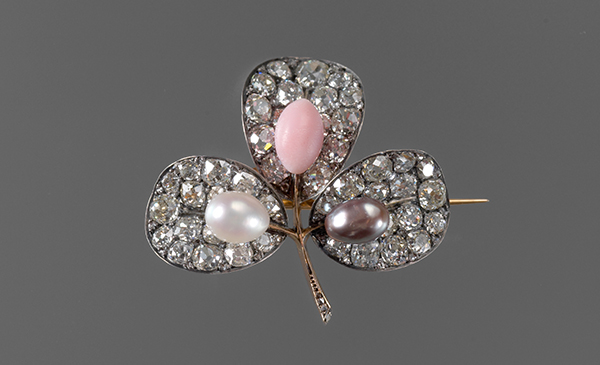 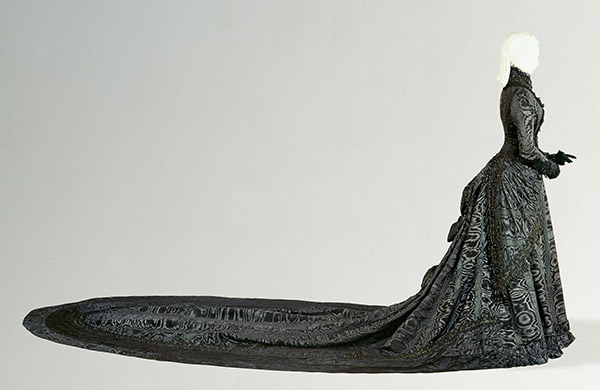 Her only son’s charming children’s carriage is juxtaposed with the mourning robe she may have worn for the funeral of Crown-Prince Rudolf.

Rare private everyday objects and spectacular clothes document her status as an international fashion icon, one of the ways she expressed her individuality.

But it is in Elisabeth’s love of riding, which afforded her treasured moments of carefree informality, that we can glimpse the private Sisi. Her life ended in tragedy; following her assassination, the imperial hearse transported the Empress to her final resting place.

The Sisi Trail in the Carriage Museum

Since 2008 visitors can enjoy the Sisi Trail laid out in the main gallery of the Carriage Museum, and follow the life of Empress Elisabeth from her wedding to her tragic death illustrated by her carriages and unique original mementos. On show are, for example, the coach she rode in as an imperial bride, the charming carriages of her children, the golden Imperial Coach she used at her coronation as queen of Hungary, the carriage she

alighted from just minutes before her assassination in Geneva, and the impressive black hearse that bore her to her final resting place. These carriages are displayed together with portraits, paintings and unique objects that once belonged to Sisi: the sumptuous black robe with endless train, designed for the empress by Fanny Scheiner c. 1885, has iconic status among Sisi-fans; it documents the slender figure of this famous beauty celebrated for her tiny waist. On show are also the only extant saddle used by the empress (regarded as the best horsewoman of her time) and her reconstructed “riding chapel” comprising portraits of her favorite horses. 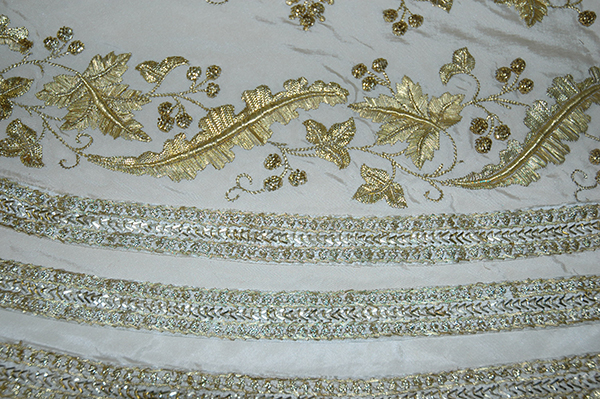 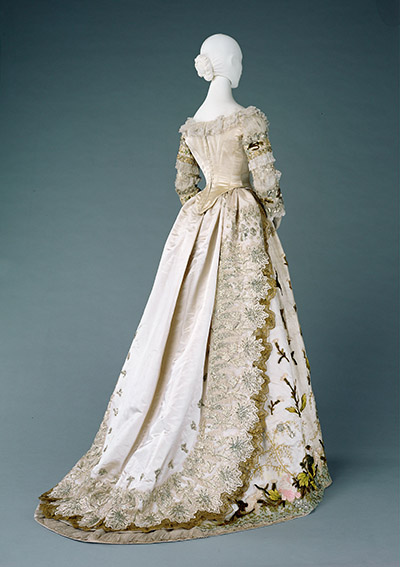 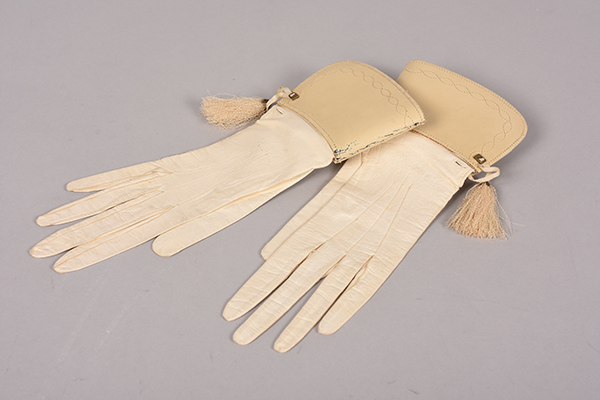 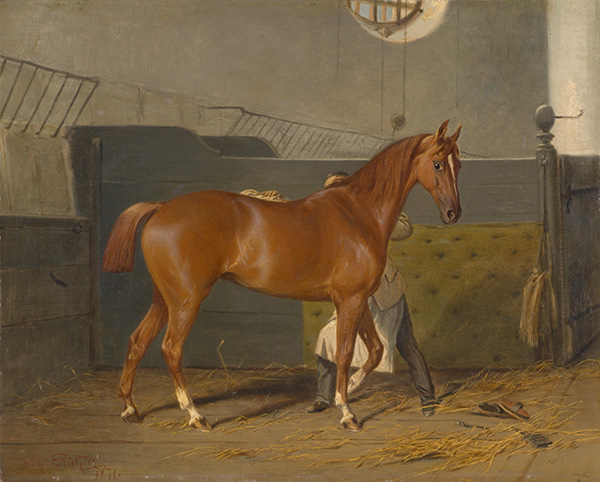 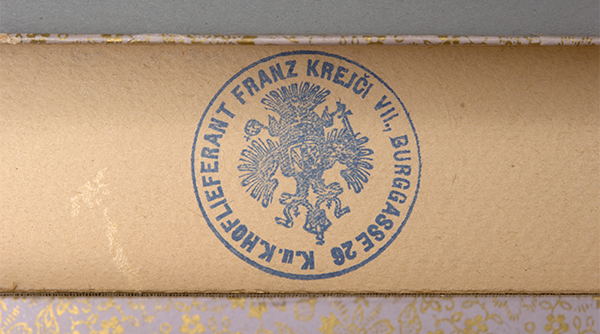 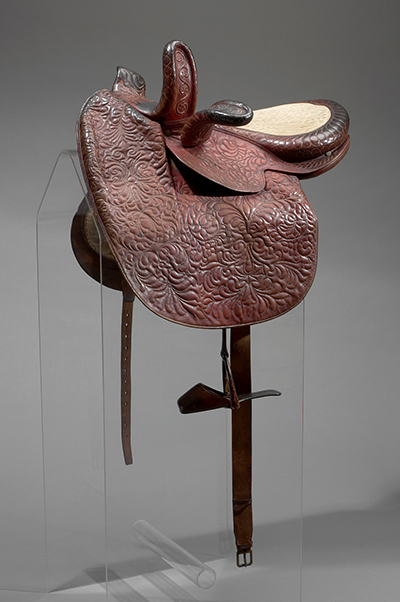 Red side saddle, »utility saddle « of the Empress Elisabeth

Traces of the Habsburgs in the Imperial Treasury 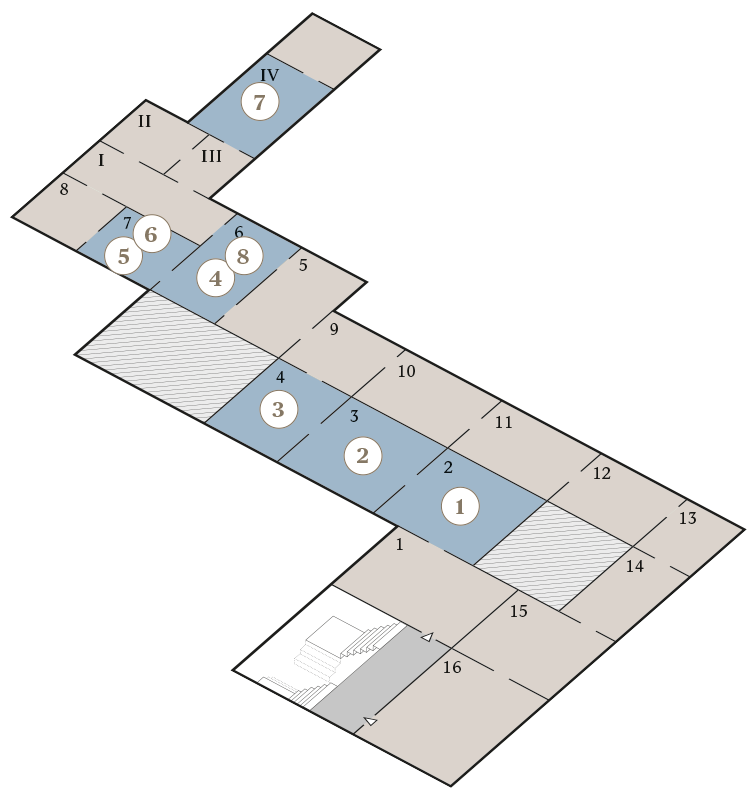 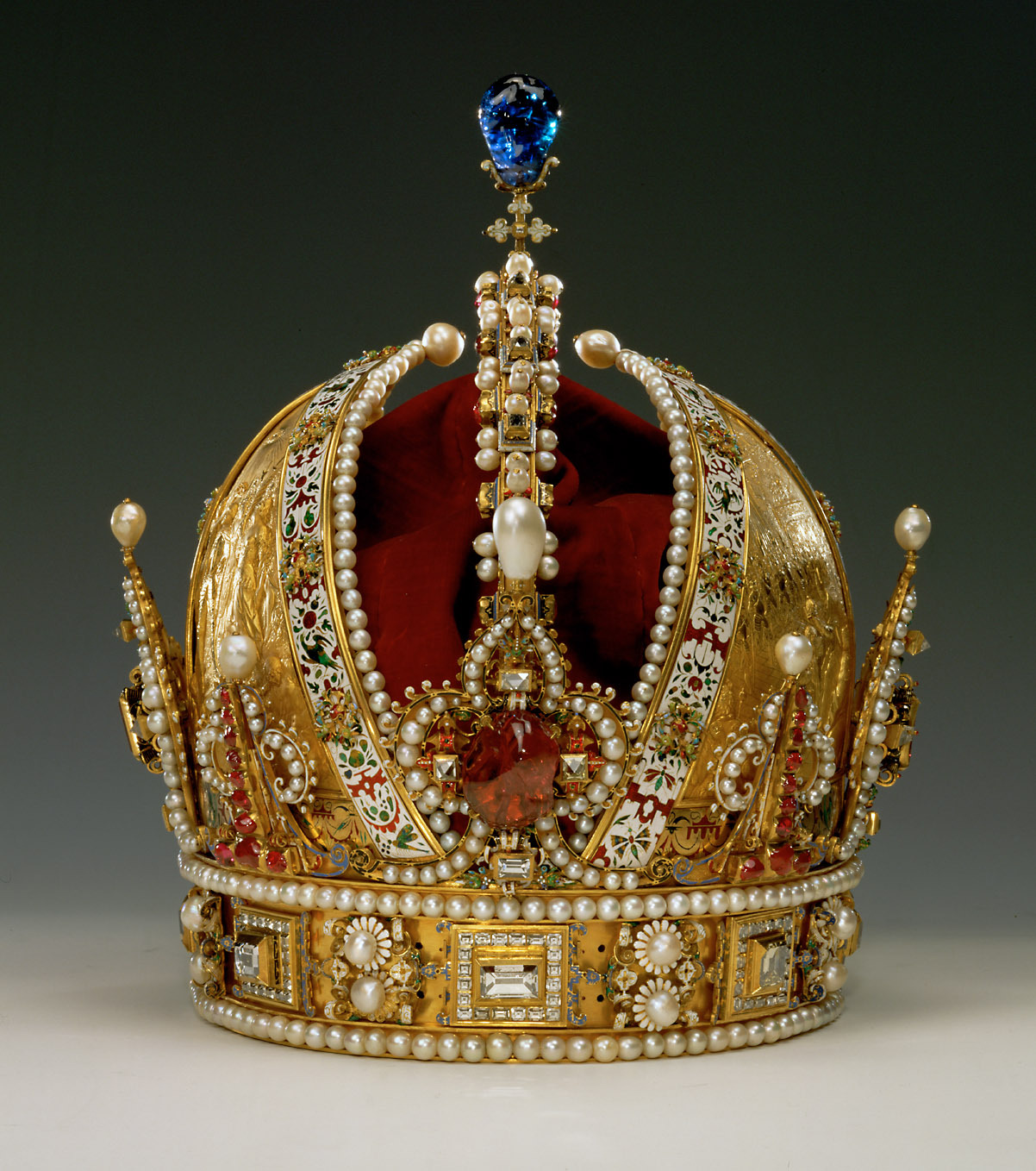 1 The crown of Rudolf II.

This crown is a masterpiece of European goldsmithing. Since the crown of the Holy Roman Empire (Room 11) was only used for coronations. Thus later rulers required a private crown for other public appearances. The crown of Emperor Rudolf II. (1552–1612) is the only one of these private crowns that survived. Under the reign of Emperor Francis II./I. (1768-1835) the crown was designated as the crown of the Austrian Empire. 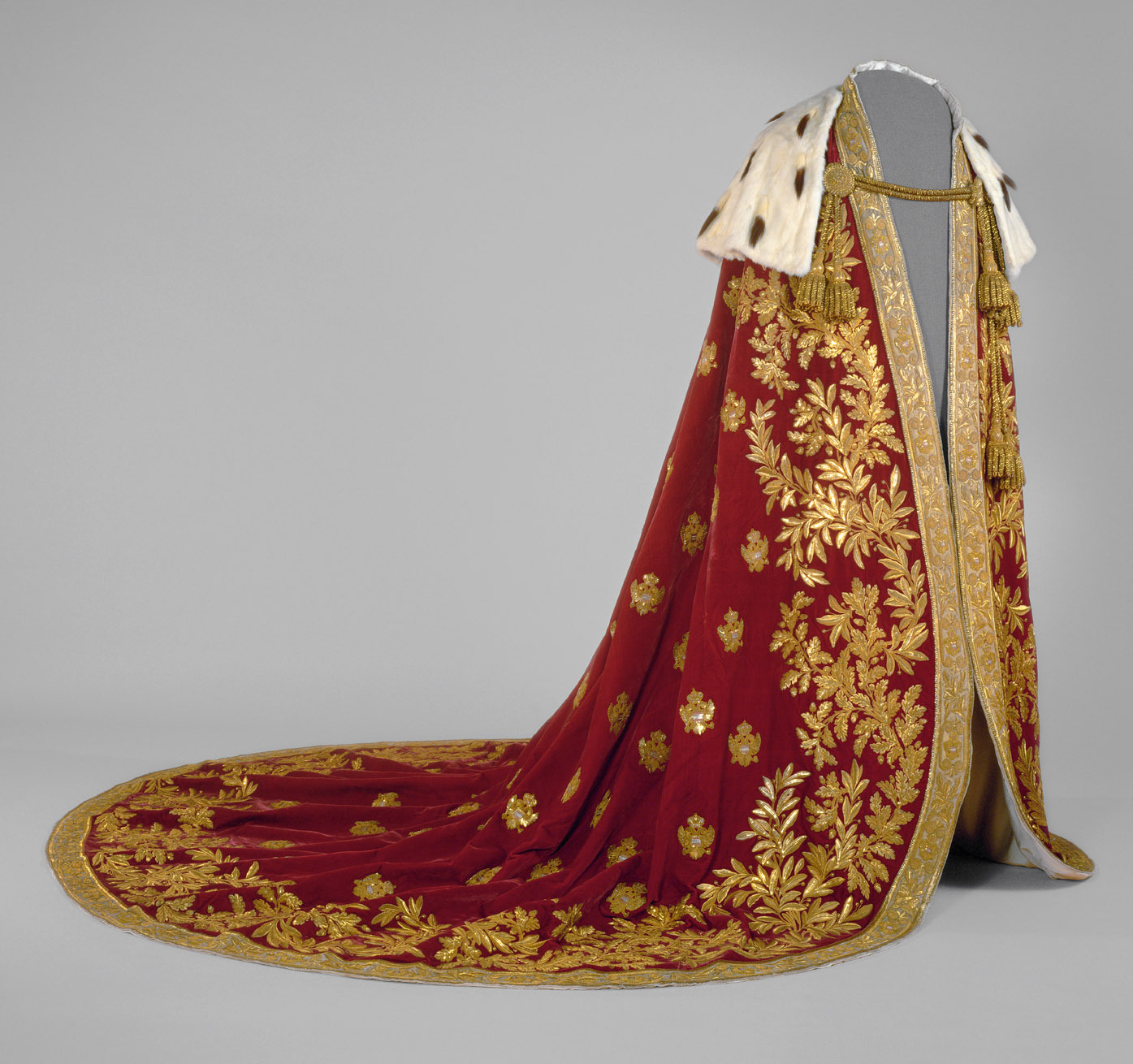 2 Mantle of the Austrian Emperor

The mantle with train is made of red velvet and studded with a pattern of golden-threaded embroidery. It consists of double eagles holding a sword an imperial orb in their talons and bearing the Crown of Rudolf II on their heads. Given the fact that Austria did not have its fires emperor until 1804, it was necessary to create such vestments from scratch. 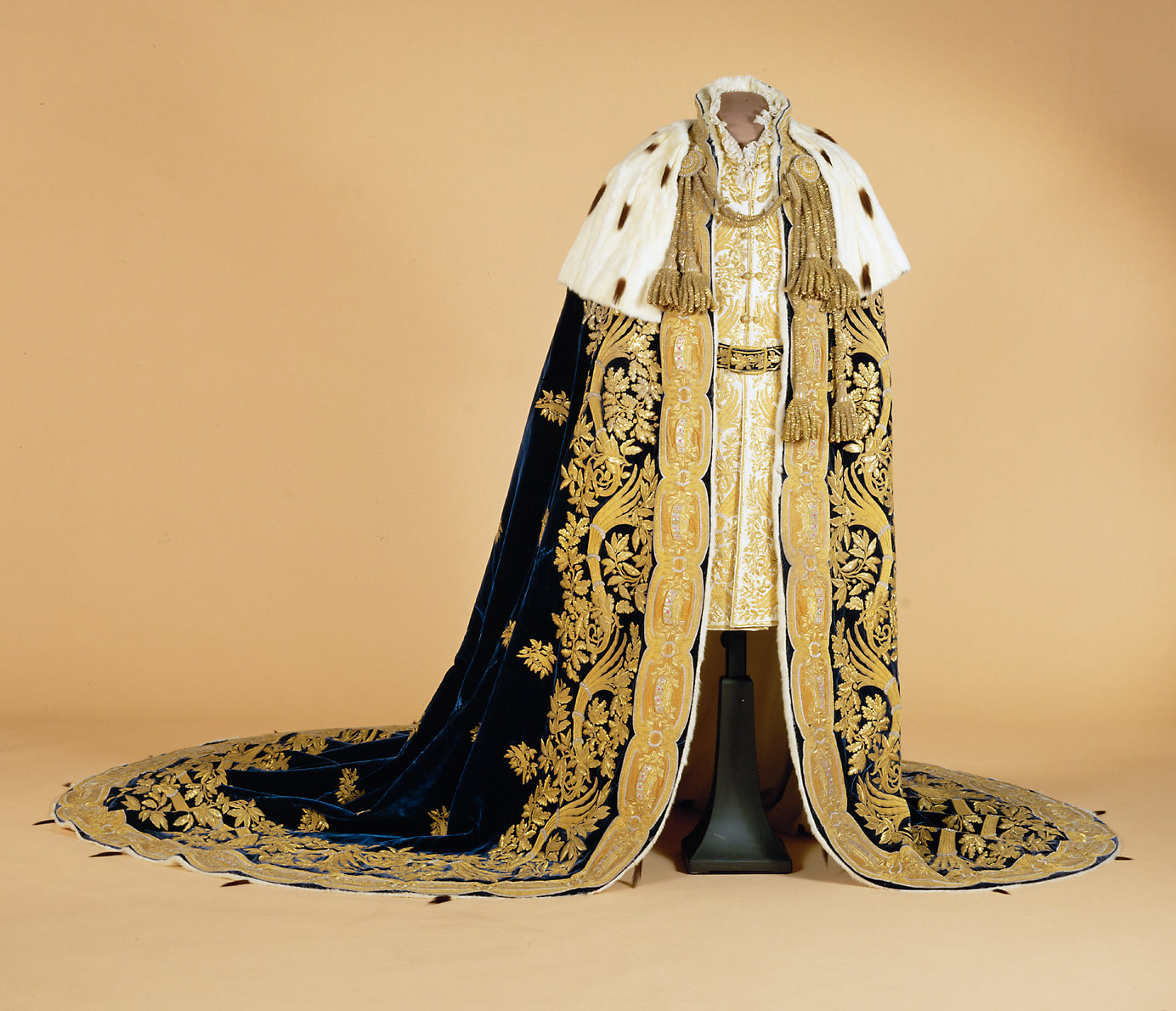 Following Napoleon’s defeat and abdication, Europe was reorganised at the Congress of Vienna in 1815. The northern Italian provinces that had fallen to Austria were combined into the Kingdom of Lombardy-Venetia. Therefore Emperor Franz Joseph also bore the title King of Lombardy and Venice. 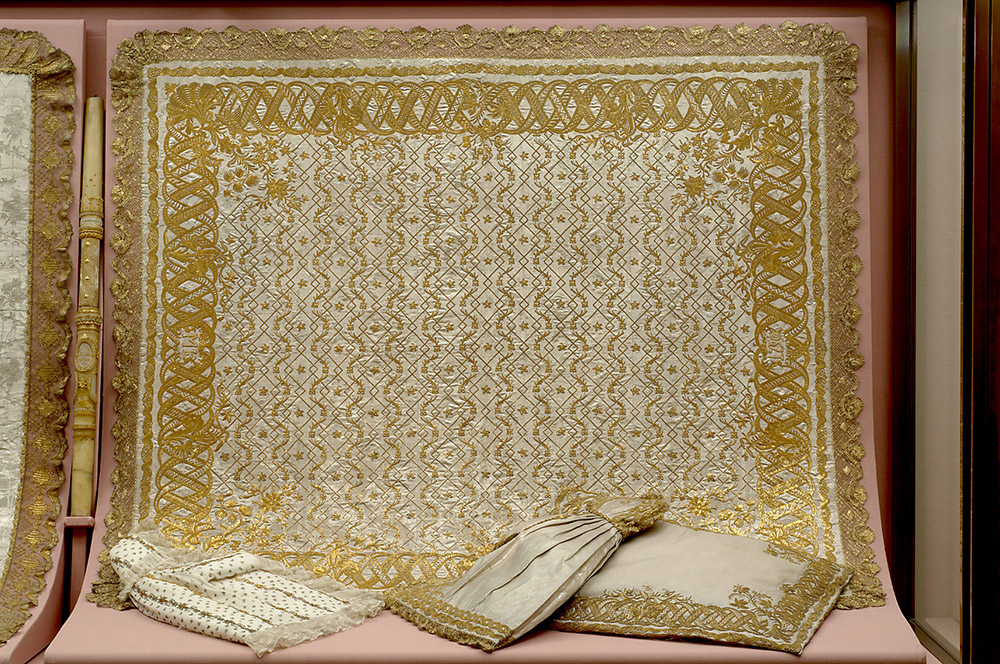 At court, christenings were not a family affair but a festive act of state to introduce the newborn child into public life. This Chistening Set was also used for the baptisms of the children of the imperial couple Franz Joseph and Elisabeth. 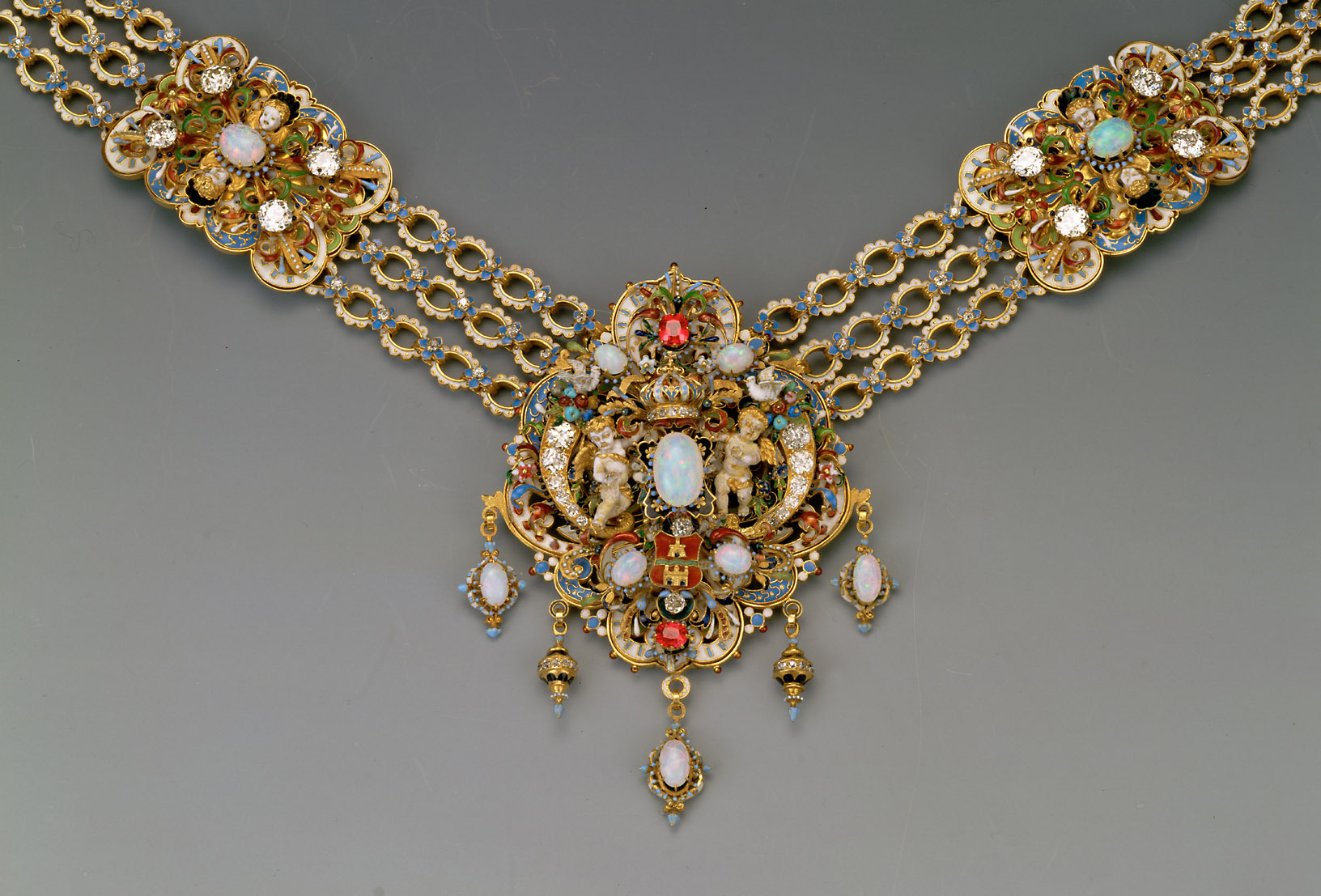 Princess Stéphanie of Belgium received this matched set of jewellery as a gift from the city of Budapest on the occasion of her marriage to Crown Prince Rudolph on 10 May 1881. The extremely colourful ensemble consists of a belt, necklace, ear-pendants, two bracelets, five hairpins and then bodice clasps. 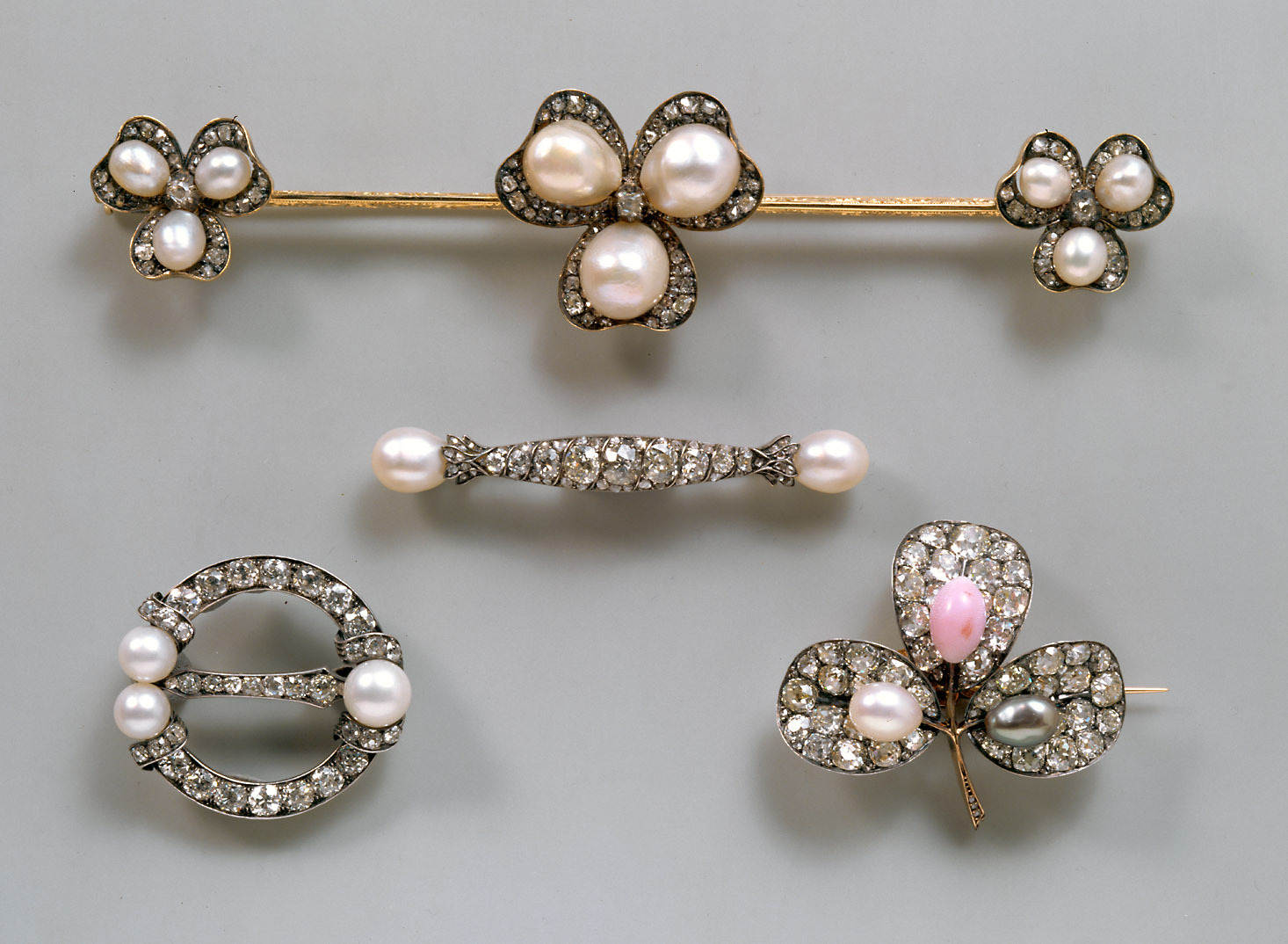 The last pieces of Empress Elisabeth's jewellery open to the public are on display in the Imperial Treasury. The four brooches bear witness to the splendour of the empress's public appearance. 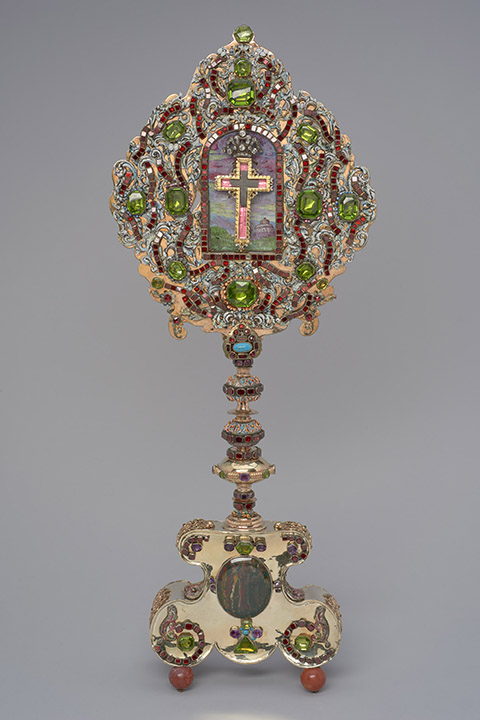 7 Monstrance of the Order of the Starry Cross

According to tradition, the monstrance with the precious particle of the Holy Cross was recovered after a devastating fire in the Vienna Hofburg Palace. Miraculously the wood of the Holy Cross was undamaged. In gratitude, the Order of the Starry Cross was founded, the highest order of ladies in the House of Austria, which still exists today. The head and patroness was always the Empress. 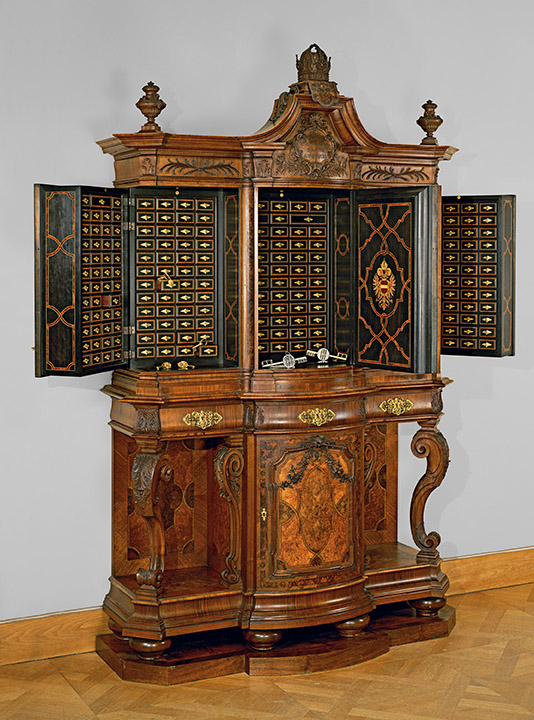 8 Cabinet for the Keys to the Coffins of the Habsburgs

The key to Empress Elisabeth's coffin in the Capuchin Crypt is also kept in this cabinet. The black hearse, built for the funeral processions of reigning members, can be found in the Imperial Carriage Museum. It was used for the funerals of Crown Prince Rudolf (1889), Empress Elisabeth (1898) and Emperor Franz Joseph I (1916), among others.