For hundreds of years, horses and carriages were seen as key elements of courtly representation. At coronations, weddings, and formal processions rulers and the nobility rode in magnificent and elaborately dressed carriages drawn by noble horses. These carriages, designed and created by important artists, were not only a means of transportation but insignia displaying the owner’s rank and status in society effectively.

Technological progress during the late eighteenth century resulted in rapid developments in coach building. There was an influx of new types of carriages, turning them into a commodity for everyday use that also members of the prosperous bourgeoisie were keen to own. Nevertheless, the carriages of the Viennese court continued to play a definitive role in the street scape of the imperial city until 1918. 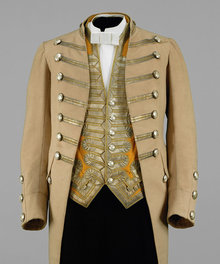 After the fall of the Austro-Hungarian Empire, the new republic had no use for the extensive imperial fleet consisting of about 600 carriages and 350 horses. Coaches and horses were auctioned off or passed on to official authorities to be “put to good use”. Additionally, the successor states of the monarchy sought and obtained a large inventory of imperial carriages.

The remaining vehicles and horses were then converted into a commercial rental and transport business, known as “Bundesfuhrwerksbetrieb”. Thus, the majority of the former employees of the Imperial Mews (Oberststallmeisteramt) could continue working for which they also kept wearing their imperial liveries. 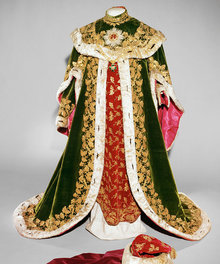 When the “Bundesfuhrwerksbetrieb” was dissolved in 1922, the vehicles considered historically significant were handed over to the Kunsthistorisches Museum. Whereas the main part of the court liveries had been lost in 1918, a selection of liveries from the Imperial Mews could now also be incorporated into the collections of the museum.

Together with the carriages and liveries, the beautiful robes of the Habsburg’s knightly orders, which had been dissolved at the fall of the Empire, the “Ordensgarderobe”, were handed over to the carriage museum.

Today, the thus resulting collection, titled “Museum of Carriages and Department of Court Uniforms” has become one of the most important of its kind on a global basis. It not only houses the best preserved courtly fleet from the 19th and early 20th centuries but also a unique collection of historic riding and harness equipment. The museum further possesses the world’s largest collection of civilian uniforms and an exquisite assortment of personal clothing from members of the Imperial Family.

Since 2001, the Carriage Collection has been able to establish itself as an international research center for the history of coach-building, European mobility, courtly dress, and representation through multi-national co-operations and research projects.